The numbers are not yet completely tallied, but later this month Darcy Burner will report over $600,000 cash on hand at the end of the 4th quarter, putting her near the top of Democratic challengers nationwide, and about a half-million dollars ahead of last cycle’s breakneck pace. The campaign tells me that her totals for the Oct-Nov period will top the $306,000 she reported for Jul-Sep, a quarter in which she benefited from an unprecedented $125,000 national netroots drive. Of course, we don’t know Dave Reichert’s numbers, but I’d wager Darcy has now outraised the incumbent in each of the past four quarters, a nearly unprecedented accomplishment.

I suppose Darcy’s fundraising prowess is no longer the news it was last time around, a race in which the then first-time candidate surprised the media and political establishment by putting up record numbers, and coming within a silver hair of defeating “The Sheriff.” But those who dismiss these early numbers as just an inconsequential horse race willfully ignore the important information they tell us about the candidates and the race ahead.

The most obvious conclusions to draw from the 2007 fundraising totals are that the 2008 race for Washington’s 8th Congressional District remains extremely tight, and that contrary to the prediction of naysayers, support for electing Darcy (and defeating Reichert) has grown, not waned, since November 2006. While Reichert has relied mostly on large donors and PACs (not to mention creative accounting) to pad his totals thus far, the overwhelming majority of Darcy’s money has come in the form of relatively small, individual contributions. This not only suggests that Darcy has significantly greater fundraising upside in the quarters to come, it also demonstrates the kind of broad, grassroots appeal that can translate directly into votes come election day.

But I think that the biggest takeaway from the the money race is that Darcy is just a damn hard worker. With Darcy surpassing her goal of raising $25,000 over the final 72 hours of 2007, it would be easy to pen a headline like, “Burner rides late fundraising surge to record numbers,” but that would be misleading. Darcy didn’t just ride the surge, she created it. In that context, Darcy’s lead in the money race doesn’t just predict how the two candidates will perform over the final nine months of the campaign, but how they would perform in office, if elected. I have many complaints about how my friends in the traditional media (particularly the mean-spirited liars on the Seattle Times editorial board) presented Darcy to voters in 2006, but there is no question they completely overlooked her extraordinary work ethic. That Darcy has run this hard for this long demonstrates that she is willing and able to devote the kind of energy and commitment her district deserves. If elected, Darcy Burner would simply work harder than Dave Reichert, and that’s a message voters should hear. 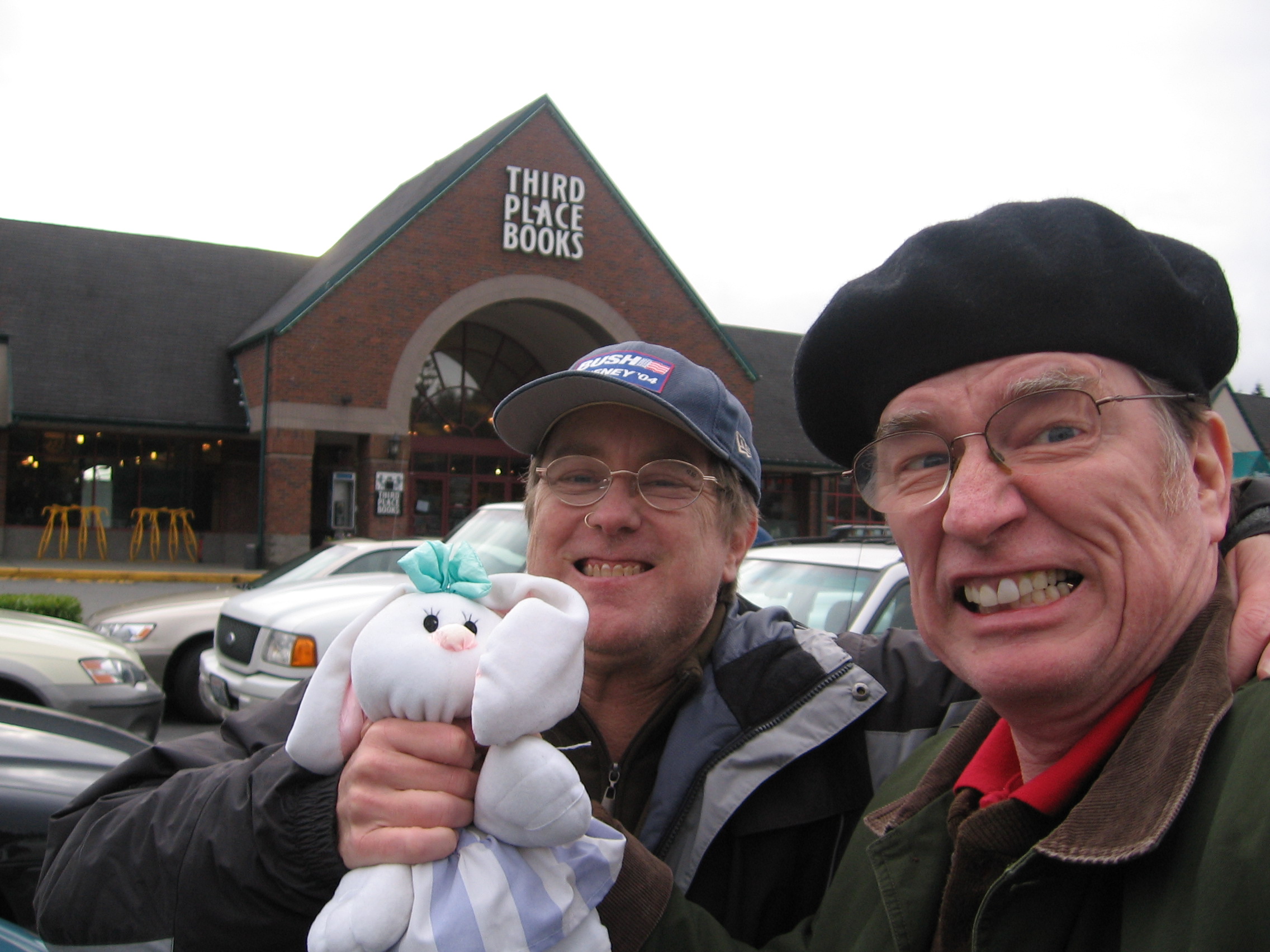 Happy New Year, everyone! Bear with us as we welcome into this world the firstborn headlines of 2008:

The Seattle Times gets the nod for the very first headline of the year, giving birth to a bouncing 24-pt. sans serif named “Skiers packing snowy slopes” at the propitious hour of exactly 12:00 a.m. And what a cute little tyke she is, all white and fluffy. Photo included!

It took the P-I 34 minutes after midnight to produce its own 24-pt. sans serif zinger, the slightly longer and heavier “Woman stabbed to death on Capitol Hill.” As my 8-year-old nephew might put it, Yuuucccck. Looks like 2008 got off a bit on the wrong foot over at the spinning globe. As for the identical fonts, looks to me like somebody’s been sharing templates…might wanna run a DNA check over there (wink wink).

These are the clear winners, folks. As far as I can tell, the TV stations haven’t registered any newborns yet for 2008. And I have to confess, I expected nothing from the folks at Slog, since their headlines are usually written by barely intelligible unpaid interns who seldom drag themselves out of bed before 9. But whaddyaknow, they get 3rd place with Ka-Bust. Breaking the mold as usual, Slog brought into the world an actual serifed head, topping a story about the Needle fireworks not working.

(Here at HA we beat everyone, of course, with Will’s kicking and screaming “Happy New Year!” video post right on the button at 12 a.m…try it with a hangover!)