In explaining why state Republicans chose to replace Diane Tebelius with Luke Esser as WSRP chair, one GOP wag privately remarked that “Luke has balls.” I suppose that’s true. Most dicks do.

And as evidence of the WSRP’s ballsy dickery under Esser’s new leadership, the state GOP (or one of their surrogates) is preparing a TV ad attacking Gov. Chris Gregoire for denying Washingtonians the right to vote. How can I be so sure? Well, I happen to have come into possession of a preliminary storyboard:

[Elderly voters, Am. flag in breeze] 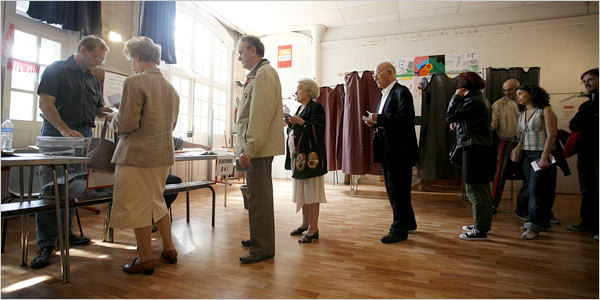 …People will be going to the polls 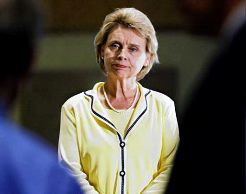 Gov. Gregoire and her party…

…What are Gregoire and the Democrats so afraid of?

That’s pretty much the storyboard as I received it, though I’ve inserted the attached images in their appropriate places in the text.

What a bunch of dicks.

The Democratic National Committee (DNC) requires state parties to choose all their delegates by either a primary or a caucus, and it was the 178 members of the WA State Democratic Central Committee (WSDCC) who voted to choose the latter. So of course, Gov. Gregoire had absolutely nothing to do with the decision.

But that’s besides the point, and the Republicans know it, because what this ad is really intended to say is: GOV. CHRIS GREGOIRE STEALS ELECTIONS!

I mean, that’s clearly the subtext. Hell, it’s not even subtext, it’s the whole ad… the script, the music, the images — stern Gregoire, elderly voters, prison bars — the whole point of this ad is to remind voters of the disputed 2004 election, and all the lies and misinformation the GOP disseminated about it.

The presidential primary? That’s just a springboard for an attack ad, and the WSRP couldn’t care less how tangential or intentionally misleading it might be. There are legitimate arguments, pro and con, for selecting delegates via caucus, but all the R’s want to do is dumb down the debate into a smear on Gregoire.