Um… I was listening to President Bush’s speech this evening, and I’m not exactly sure that this is what the Iraq Study Group meant when they recommended that the US “actively engage Iran and Syria in its diplomatic dialogue, without preconditions.”

Succeeding in Iraq also requires defending its territorial integrity and stabilizing the region in the face of the extremist challenge.

This begins with addressing Iran and Syria. These two regimes are allowing terrorists and insurgents to use their territory to move in and out of Iraq. Iran is providing material support for attacks on American troops. We will disrupt the attacks on our forces. We will interrupt the flow of support from Iran and Syria. And we will seek out and destroy the networks providing advanced weaponry and training to our enemies in Iraq.

So… as long as we’re escalating the war in Iraq, I guess the only question regarding Iran and Syria is, which one is Cambodia and which one is Laos? 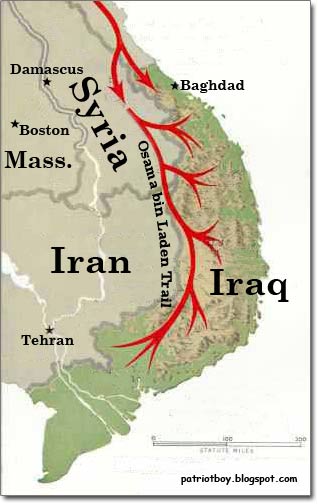