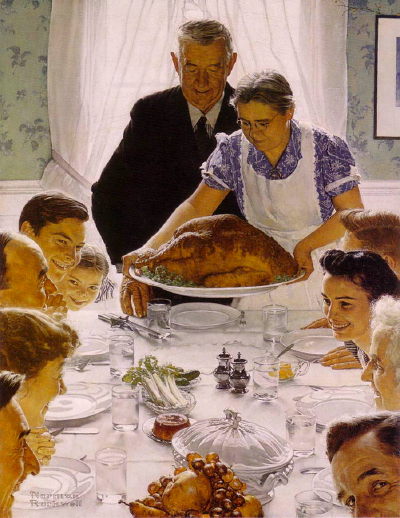 “One of my motivations,” she said, “is that he [Mayor Nickels] has destroyed every relationship—with citizens and neighborhoods, with regional leaders, with state leaders … I’m the one who was sent down to lobby in Olympia [for the tunnel]. They’re [Team Nickels] toxic down there.”

It’s a theme I’ve heard repeatedly from politicos, politicians and pundits over the past year or so.  Nickels is arrogant and autocratic, a political tyrant who forces his will on the Council, fires popular agency heads, and who seems intent on creating a political vacuum that sucks the air out of all voices outside the gravitational pull of his immediate orbit. Deserved or not, he has earned a reputation, at least in the eyes of many fellow elected officials and their aides, for not working and playing well with others. And whatever Machiavellian instincts the Mayor lacks are more than made up for by the amoral political machinations of Deputy Mayor Tim Ceis and the rest of his ruthless henchmen.

Quite frankly, there are a lot of political insiders who just can’t stand the Mayor’s style, and more than a few who don’t like the man himself.  Okay, I get it.  But the question remains: is process and personality really an effective platform for mounting a challenge to a scandal-free, two-term incumbent?

Perhaps Mayor Nickels’ style truly is as destructive and divisive as his critics allege, I dunno, but the rub for Drago and the other challengers is that the biggest insider issue in the mayoral race isn’t really an issue at all, at least not from a practical, electoral prospective.  The typical voter neither knows nor cares whether Nickels is buddy-buddy with Nick Licata as long as he’s getting the job done; and as for being “toxic” in Olympia, well, after the recent legislative session I’d be tempted to wear that scorn as a badge of honor.

Does he share our values? Where does he stand on the issues? Has he delivered bread and butter services? What is his political agenda, and can we trust him to successfully implement it? Those are the kind of questions voters ask of incumbent executives.

“You can’t win a race against this mayor based on delivery,” Drago said. “It’s hard for me to conceive of running a campaign based on process and personality if you have a good record. I think that’s the dilemma.”

That was the dead-on political analysis of Drago herself, back on March 2. Huh. Before deciding to challenge the mayor, perhaps she should hire herself as a consultant?

The truth is, Seattle city government has long been at least a tad dysfunctional, and never the idyllic setting for a Norman Rockwell painting. Nor should it be. Democracy is by its very nature a messy endeavor in which conflict is a necessary if painful part of the political dialectic. Does Nickels’ aggressive style piss off council members and other stakeholders? No doubt. But if anything, the problem is not that the Mayor is too mean, but rather that the Council is too nice!

How may times have we heard council members whine about the Mayor’s unilateral style… then vote to approve his proposals by 7 to 2 or better margin? Seattle government isn’t a “strong mayor” system by charter, it’s just appeared that way during the Nickels regime, partially due to his forceful style, and partially due to the endemic weakness of the council members themselves. You want a more effective and politically inclusive city government, and a more responsive mayor, Jan? Then why haven’t you stood up to Nickels while you’ve had a chance?

In the absence of forceful leadership on the Council it has been the Mayor who has largely set the agenda over the past seven years, and for the most part, achieved it. Nickels embraced light rail; we got light rail. He turned his back on the monorail; the monorail died. He fought hard for a Viaduct tunnel, while a new, taxpayer-funded Sonics arena, not so much… and we all know how those two battles turned out. On issue after issue, and levy after levy, the Mayor tends to get his own way. Disagree with him if you want—and I often do—but if you deny him credit for his political acumen you have to acknowledge the incredible weakness of the opposition.

In truth, it’s a combination of the two. Mayor Nickels’ style can seem relatively autocratic and abrasive, but only by the passive-aggressive standards of our frustratingly sclerotic “Seattle Way.” Plunk Nickels down in the midst of a real political machine, like that in Chicago or Philadelphia, and I wonder if he’d survive past sundown before being eaten alive by the Morlocks?

Now some might counter, if Nickels is so strong, why are his polling numbers so weak? But that’s a question for another post… and another opportunity to lambast the mayoral challengers for failing to enunciate a winning message.

But for the moment, anybody expecting a 35% approval rating in April to automatically translate into defeat at the polls in November should heed Drago’s circa March 2nd warning. With few notable exceptions, Mayor Nickels does have a track record of delivering services, and of clearly enunciating and enacting a policy agenda. And like him or not, voters will choose competence over process, if that’s their only choice.