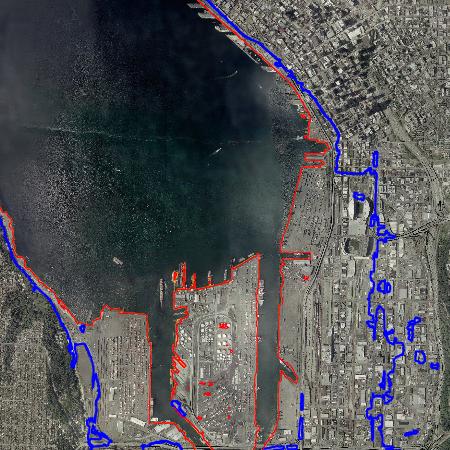 I was pretty sure the Seattle Times editorial board was so ashamed over its 1988 editorial vilifying then councilman Ron Sims for proposing to create a science office dedicated to preparing for and mitigating global warming, that they were probably waiting until the big Sunday paper to issue their apology.

At the time Sims was quoted as saying “I don’t think anyone disputes the reality of the greenhouse effect,” but of course the Times totally bought into the corporate propagandists who did. And they didn’t just spit back the energy industry PR verbatim, they went out of their way to ridicule Sims for daring to show a little vision and leadership:

Of course, what Sims and Laing were proposing some 18 years ago was common sense: a mere $100,000 a year to study the impact of an impending climate crisis that could completely reshape both our economy and our geography. A region that was built on abundant water, and the cheap electricity and irrigation it brings, could soon face the disappearance of our crucial snow pack. In less than a century the salmon, long a symbol of our region, could become little more than that.

Here as elsewhere, rising sea levels may reshape our coastlines, submerging much of Seattle’s waterfront, Pioneer Square, the SODO neighborhood, and our entire working harbor, a lynchpin of our state economy. The aerial photo above, prepared by King County, shows the projected impact of rising levels. (View the whole image here.) The red lines mark a 10 foot rise; in the 20-foot rise that would come if only half our land-based polar ice were to melt, everything behind the blue lines would be under water.

That’s right, we just spent a billion plus dollars building two stadiums smack dab in the middle of Elliot Bay.

And of course it’s not just Seattle whose maps are redrawn. According to county projections a 20-foot rise in sea levels would flood the Duwamish all the way to Southcenter. 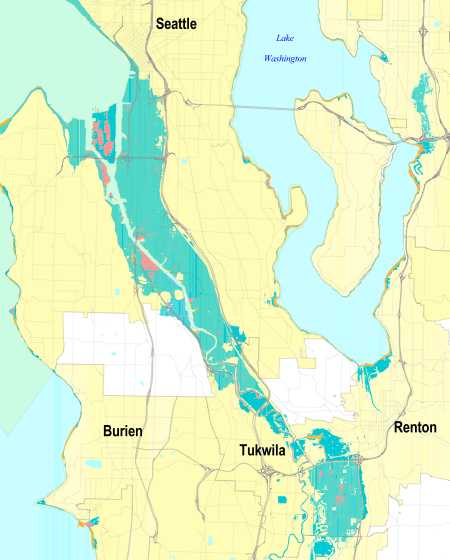 Meanwhile state, city and county governments continue to plan for the future the way they have since the Times slapped Sims around 18 years ago: completely oblivious to the overwhelming scientific consensus that says global warming is real, the impact will be devastating, and that it is caused by our carbon emissions. We are sticking our heads in the sand… sand that may soon be under 20-feet of water.

Of course I don’t really expect the Times to apologize to Sims for its cynical, mean-spirited, head-up-its-ass editorial — everybody gets stuff wrong once in a while… though rarely in such a totally embarrassing manner. But what I had hoped for was a public endorsement of Sims’ current proposal for an Office of Global Warming, and an acknowledgment of Sims’ decades-long vision on this issue.