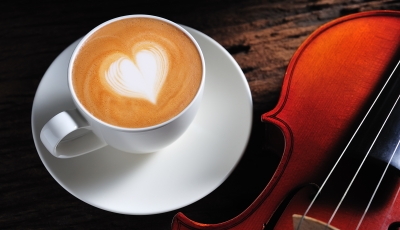 There is this weird counterintuitive and counterfactual meme being put forth by the anti-minimum wagers that argues that a lack of a “tip credit” could ironically end up hurting the incomes of tipped employees. For example, from an anonymous server writing in The Stranger (because that’s apparently their new journalism business model—anonymous people writing for free):

Tips are an important part of my income. As someone who makes a great living on tips, I don’t want the awesome culture and great jobs created by Seattle’s restaurant boom to disappear. I do not believe customers will keep tipping at the percentages they do now if they know my base wage has gone up 60 percent. And if that’s how customers respond, the end result will be a drastically lower income for those of us who work in restaurants and bars—gender aside.

Oh. Well. She is anonymous after all. So perhaps we should just defer to her “belief” and scrap this whole foolish $15 minimum wage endeavor entirely? Best intentions and all that, but my bad.

First, let’s be clear that this argument is not just totally speculative; it is also somewhat illogical. As an episode of Freakonomics Radio pointed out last year, tipping isn’t exactly a rational economic exercise. It’s a matter of custom. So most Americans tip out of a combination of habit and peer pressure—15 percent if you’re a cheapskate, 20 percent if you’re not, or double the sales tax rounded up here in Seattle if you’re lazy like me. In fact, Seattle’s tipping culture is so ingrained, that it’s hard to imagine a minimum wage hike impacting most consumers behavior with or without a tip credit. Indeed, if restaurant owners carry through on their threat to raise prices, then it is at least equally reasonable to speculate that tipped income will go up, as diners simply add their customary tip percent onto the new pricier bill.

Further undermining this anti-$15 speculation is the total absence of supporting facts. I mean, it’s not like we haven’t raised the minimum wage many times before—by a whopping 85 percent for tipped employees here in Washington state between 1988 and 1989—and with no tip credit! This isn’t ancient history. And yet there is zero evidence of mass restaurant closures, job losses, or a decline in tipping in the aftermath of this precipitous wage hike. The economic data is there. If there was even the flimsiest evidence to suggest a negative economic impact from that 1987 minimum wage initiative, you can be sure that the bullshit artists at the Washington Policy Center would be flinging it.

Finally, even if a $15 minimum wage with no tip credit might influence some diners to chintz on their tips (because you begrudge the server bringing you your $40 entree a $5/hour raise, or something), consumers would have to have this information in order to act on it. But most diners are low-information consumers, as well as creatures of habit. Ms. Anonymous acknowledges our “awesome” tip culture, despite the fact that Washington is one of only seven states without a tip credit. Do most diners understand that?

I do, and yet I tip the same percentage back East in Pennsylvania and New Jersey that I do here in Seattle, because habit! Except for one big difference: Back East, I almost never drop money in the tip jar for take out coffee or food, because I know the servers won’t get it! For example, New Jersey’s tip credit is an abusive $6.12 an hour. No Starbucks barista in New Jersey is making anything close to that in tips. So every dollar you stuff in a tip credit state’s tip jar is going straight toward lowering Starbucks’ labor costs.

Of course, Seattle baristas do better. We don’t currently have a tip credit. And yet according to a survey conducted by the coffee blog Sprudge, our tipping culture here is especially strong:

I was a little surprised that Seattle made only one appearance in the top 10 list for tips with $9.28/hr, despite tips in Seattle making up the highest average percent of income of any city at 35%. In my experience, the high-end of tips in Seattle may not be great, but tipping is obviously a cultural value: Seattle was #3 for average tips at $5.85/hr.

FYI, that $5.85 an hour average is almost exactly what our tip credit would be. You might as well just dump that tip jar directly into the employer’s pockets.

And that’s why if we pass a tip credit here in Seattle, I’ll stop tipping baristas here too. Because I’m not stupid.