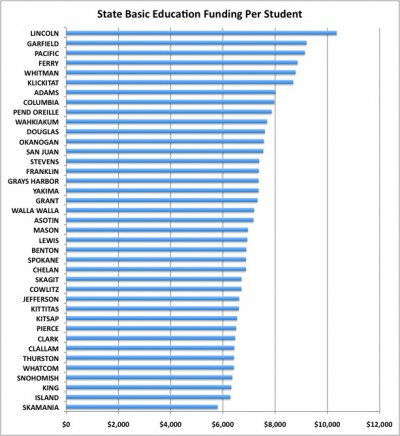 Once again, I spent the morning with my head buried in a spreadsheet, and once again, you can see the results over on Slog. (For example, did you know it costs $46,202 to educate one K-12 student in the tiny Benge school district, but only $11,839 here in Seattle.)