Our state’s editorial boards love to complain about the budget impasse in Olympia, but for many years they have played a key role in the obstruction, consistently opposing any substantive new tax—especially on income—as fervently as the most dyed-in-the-wool anti-tax Republican. Until now: 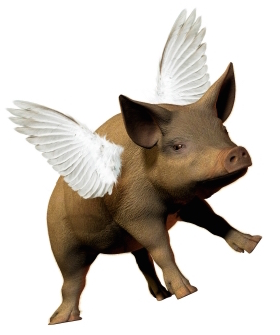 Instead of punting to committees and next year’s Legislature, they should buckle down and make the choice to begin taxing capital gains.

That’s the Seattle Times editorial board making the case that a “capital-gains tax is best option to fund education.” Seriously. And while we’ve been seeing their position evolve over the past few months, it’s still pretty stunning to see them state their support for the tax so bluntly.

And then there’s this from today’s Olympian:

A key element of our state’s F grade for effort was the comparatively low percentage of the state’s economic output that Washington has invested through taxes into K-12 schools. Part of the problem is our over-reliance and regressive tax system that ignores a large share of economic activity including the sales of services and such income-producers as capital gains.

I sometimes joke that I’m the only non-lawmaker who still reads the editorial pages, but of course that’s not true. Editorial board endorsements may not be nearly as influential as they were even a decade ago, but they still play a role in shaping public opinion. Or at least, reinforcing it. And anti-tax legislators no longer have the “serious” people behind them in obstructing all efforts to tax income.

Washington’s tax structure is absurdly regressive. I’ve been saying that since my very first blog post, more than 11 years ago. There’s simply no arguing with that fact. And now the editorial boards have finally acknowledged that our revenue system is insufficient as well. Republican lawmakers should take note that they are on the wrong side of the editorial boards on this issue, and that if we fail to pass the additional revenue necessary to satisfy McCleary, the editorial boards won’t be shy about pointing out which lawmakers are to blame.

Given my fierce criticism over the years, you might think that I’d hate to give the editorial boards credit for finally advocating for responsible tax policy. Not at all. Responsible tax policy is all I ever really wanted. And it’s great to see the Seattle Times on board.