Darcy Burner gets her wish … and doesn’t.

Yes, her home is located in the 1st District. And yes, she’ll be in a no-incumbent CD. But no, it doesn’t much overlap with what had been Jay Inslee’s District. Most of it is what had been represented by Rick Larsen, who now has much of the former Inslee CD (and a safe Democratic seat).

I don’t know how most of the other 1st CD prospects made out.

Off the top of my head, I’d say that Marko Liias struck out … he’s almost surely in the new 2nd, and would have to face Larsen. I don’t know where in Snohomish Steve Hobbs lives. Suzan DelBene is now in the 9th District, with incumbent Adam Smith. The others — Goodman, Ruderman, and others — are still a mystery for me. [CORRECTIONS (12:51pm): If DelBene lives in Medina, she’s actually in WA-01, not WA-09. Roger Goodman is definitely in WA-01. It’s possible that Liias is now in WA-07, not WA-02 (either way, he’s SOL).]

In terms of cojones, Ceis and Gorton fought to a draw.

It really depends on the new 1st District. They built five Democratic Districts: 2nd (Larsen), 6th (Dicks), 7th (McDermott), 9th (Smith), 10th (Thurston County-based, no incumbent). There are three, maybe four, Republican CDs: the 4th (Hastings), 5th (McMorris Rodgers), and 8th (Reichert) are solid red, and the 3rd (Herrera Beutler) might, but probably doesn’t, have a whisper of a chance for a Democrat to squeeze her out. The new 1st will be the battleground. In a Presidential year, Democratic chances up there probably improve a bit.

More thoughts as I get a better chance to review the maps. 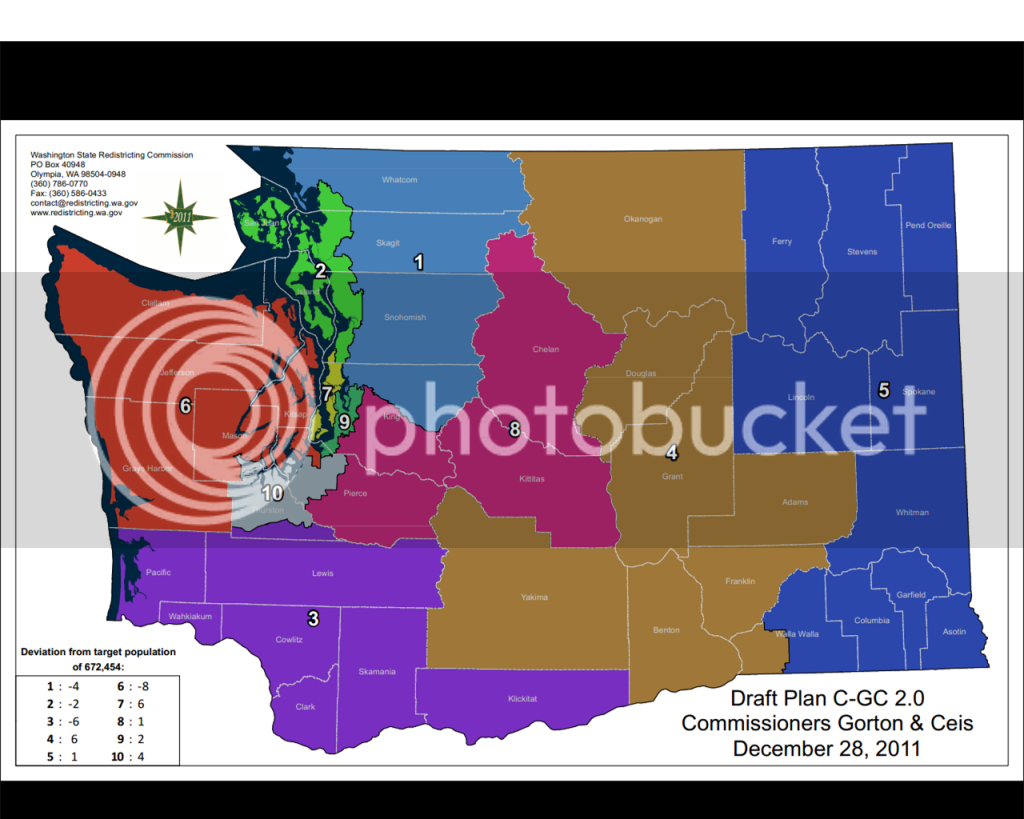