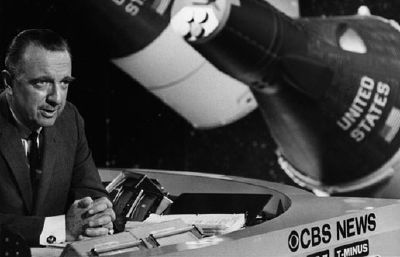 Walter Cronkite, the most trusted man in America, has died at age 92.

Remember a time when you’d watch the news on TV, and just, well, believed it? I do.