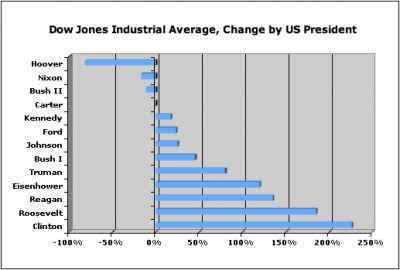 Sure, President Bill Clinton may have lied about a blow job, but at least he didn’t fuck the economy.