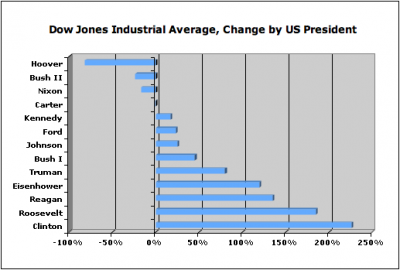 The Dow Jones Industrial Average closed under 8000 today, a five year low, and 24% lower than it stood the day President Bush was inaugurated.  But hey… that’s still better than Herbert Hoover.