Governor Jay Inslee proposed a politically ambitious cap-and-trade-ish plan on greenhouse gas emissions yesterday. No doubt a complex proposal on which there is plenty of room for policy analysis and political debate.  But this is how the Republicans responded: 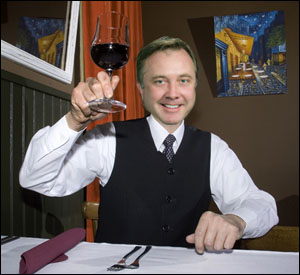 State Sen. Doug Ericksen, R-Ferndale, who chairs Senate’s energy and environment committee, called Inslee’s cap-and-trade plan “an energy tax, which is really a tax on mobility — which is a tax on freedom.”

So, um, Senator Ericksen, I sincerely hope you take my criticism in the most constructive way possible, but you, sir, are an asshole.

Seriously. Governor Inslee proposes pricing carbon in a way similar to British Columbia, California, and a number of northeastern states—a modest and much studied market-based approach to reducing greenhouse gas emissions by forcing polluters to pick up just a small portion of the externalized costs—and you respond by accusing him of taxing our freedom? Because he hates our freedom, right? Just like Al Qaeda!

Of all the assholery an asshole could have devised, this has got to be the most assholic.

This is not a tax on freedom. If it is a tax, it is a tax on carbon emissions. Period. And only an asshole would equate carbon with freedom.