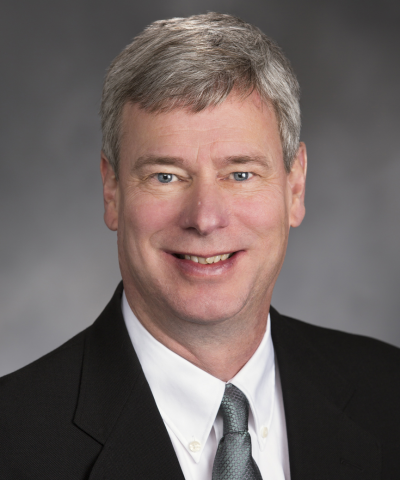 And we will eventually learn from family members that one or more of these shooters had severe mental health problems—because they almost always do—and at that point, Democratic state Representative Pat Sullivan’s hands will be soaked in blood.

Assuming Sullivan (D-Covington) is still a state representative, that is.

Late last week, at the behest of the gun lobby, Sullivan killed in committee House Bill 1857, which would have allowed family members or law enforcement to petition the court to issue an “extreme risk protection order” temporarily enjoining a person from possessing dangerous weapons. To be clear, this was no “coming for your guns” kinda bill: Such an order could not have been granted willy-nilly, but only on the finding of “clear, cogent, and convincing evidence” that:

As we tragically learned from both the Cafe Racer and Jewish Federation shootings, family members are often fearful of and for the shooter, but lack the legal tools to keep deadly weapons out of the hands of their mentally ill kin. The family of Isla Vista shooter Elliot Rodger even warned law enforcement that he was a danger, but lacking evidence sufficient for an involuntary commitment (an understandably high bar) there was no legal path to keep him from purchasing guns. Had something like HB 1857 been available, Rodger and his six victims might still be alive today.

The public testimony on HB 1857 was overwhelmingly supportive. Sarah Whitford, a cousin of one of Rodger’s victims, and a 47th LD constituent of Sullivan, pleaded with her representative to help prevent future tragedies:

“In the days that followed the shooting, we learned that the shooter’s family reported their concerns about his mental state to law enforcement, concerned that he was a danger to himself or others. In response, police visited his apartment and questioned him, but with no legal authority to search his belongings or seize his weapons, under California state law, they left. They left. It was a moment that could have prevented a mass shooting and saved not only Veronika and the other five victims, but the shooter, himself. And because of that moment – that very second when everyone who could have stopped this tragedy threw up their hands, genuinely helpless to do something – that is why I’m here.”

But Sullivan, who enjoys an “A” rating from the National Rifle Association, killed the bill, refusing to let it come up for a vote in the Appropriations Committee. And who knows how many more innocent people will die without this sensible reform?

It was a totally calculated political move on Sullivan’s part—only the problem for Sullivan is, he calculated wrong. Sullivan cravenly figures a Democrat like him needs NRA support to win reelection in his Republican-leaning swing district, and maybe that was true a decade ago when he first won his seat. But that was before Sandy Hook and a string of other mass killings (almost all at the hands of shooters who might have been stopped by the provisions embodied in HB 1857) changed the national conversation on guns. In fact, 57.4 percent of voters in Sullivan’s 47th LD approved 2014’s historic gun backgrounds check Initiative 594, almost two points better than the 55.6 percent Sullivan managed against an underfunded Republican opponent.

I-594 was so popular in Washington State that the allegedly almighty NRA put up only a token resistance. So does Sullivan really believe that the NRA is going to spend big to defend him against a pro-gun Republican? Did he really think there wouldn’t be a price to pay from a surging gun reform movement thousands strong (backed by the likes of Bill Gates, Steve Ballmer, and my boss, Nick Hanauer) in retaliation for killing their number one legislative priority this session?

That’s just plain stupid. And it’s also a display of a stunning lack of political leadership on the part of House Speaker Frank Chopp for failing to impose the party discipline necessary to get HB 1857 to the floor for a vote. As majority leader, Sullivan is the number two man in the house Democratic leadership, and Chopp just let him commit political suicide. And the 47th isn’t a seat the Democrats are likely to win back anytime soon once Sullivan is gone.

Democrats need to understand that times have changed. It’s the NRA that’s now the paper tiger, and the gun reform movement they need to fear. And I sure hope it doesn’t require taking out Sullivan in 2016 to teach Democrats that lesson.