No doubt there are some actual Dems who are actually disappointed at the way Kirkland mayor Joan McBride was shoved aside in the 48th Legislative District state senate race in order to make room for incumbent Democratic state Representative Cyrus Habib. McBride had gotten into the race early against turncoat incumbent state Senator Rodney Tom, but once Tom dropped out, she and Habib quickly switched races. It’s a smart political move given that the seat could determine control of the senate, but I certainly empathize with McBride or her supporters if they feel like she got the short end of the stick. 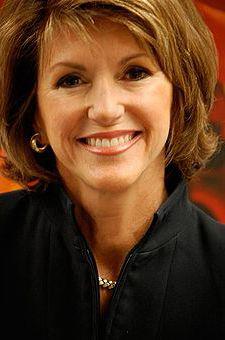 That said, the concern-trolling coming from the Washington State Republican Party is hilarious!

Democrat Kirkland Mayor Joan McBride has been running for the State Senate in the 48th legislative district for months. However, Representative Cyrus Habib has now pounced on a perceived opportunity, seeking to throw yet another woman Democrat under the bus. Habib, taking the easy way out, avoided running against Rodney Tom, but now that Tom has announced he will not seek reelection Habib wants McBride to step aside so that a more high-profile candidate (such as himself) can seek the seat. He promised he would have “a number of conversations” with party leaders. The goal seems clear: push the woman Democrat to the curb and tell her to support a male Democrat who wants to advance his personal political career.

That’s a, um, hysterical line of attack coming from state GOP chair Susan Hutchison after she made such a big stink about her party paying her less than her male predecessor. “The pay cut defies the concept of equal pay for equal work, playing into the ‘war on women’ narrative against Republicans,” Hutchison lamented at the time. But this recent I’m-rubber-you’re-glue press release is more than just ironic; it’s also an entirely calculated response intended to blunt criticism of the GOP’s anti-women policies, by, you know, accusing Democrats of hating women too!

“You know, it confuses the voters so much when both sides are accusing each other,” Hutchison told fellow GOPers January 25 at the Mainstream Republicans annual Roanoke Conference, “that you just say ‘okay, it’s a wash.’ Both anti-women.”

Ha, ha! Voters are sooooo stoopid, says Hutchison! (Okay. Maybe. But I’m not a state party chair, so I can say it.)

But Hutchison’s war on the War on Women doesn’t end there. In addition to advising Republicans to accuse Democrats of hating women, Hutchison also has some advice specifically for male candidates: “Please don’t mention the word ‘rape’ in any way,” Hutchison sagely advises. “Also, let’s not talk about anything to do with women’s reproductive cycles or um, um, women’s sexuality,” continues Hutchison before state Representative Liz Pike (R-Camas) helpfully adds in: “Don’t talk about things in the bedroom or the doctor’s office.” Because letting women know that Republicans want to control their sexuality makes it harder to win women’s votes, I suppose.

Instead, if the topic comes up, just change the subject. “Talk about the Seahawks,” suggests Hutchison.

A moment later, just beyond the end of the audio above, Hutchison goes on to amazingly describe former Republican presidential candidate Mike Huckabee as “a victim of the war on women.”

That she even has to tell male candidates not mention the word “rape” tells you everything you need to know about a Republican Party whose policies are profoundly anti-woman. But it’s not just talk, it’s action. Hutchison’s party opposes choice—both when it comes to abortion and birth control. Republicans overwhelmingly opposed the Violence Against Women Act. They even opposed the Lilly Ledbetter Fair Pay Act, an irony apparently lost on Hutchison in her own struggle for equal pay.

The truth is, Democrats effectively brand Republicans as being anti-women because Republican policies are anti-women. The embarrassing “rape” talk only make it easier. So if Hutchison really wants to change that perception, perhaps she should advise the men in her party to change the party platform?