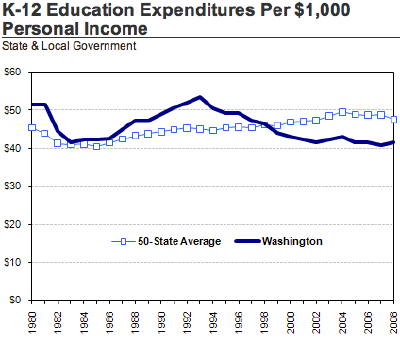 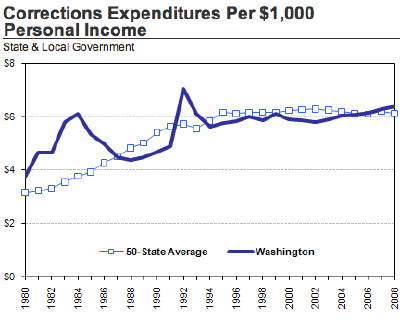 In fiscal year 2008, Washington ranked 14th among the 50 states in state and local government corrections expenditures per $1,000 of personal income. (Source: WA OFM)