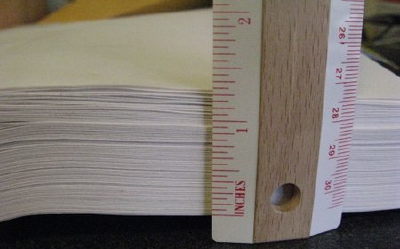 How does the proposed state budget measure up?  The Spokesman-Review’s Rich Roesler dives into the details and finds that its 515 pages only comes to about an inch and a quarter.  (No word yet on whether that’s printed single or double sided.)