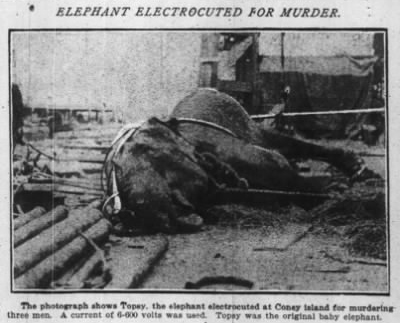 The zoo receives many tens of millions of dollars from public coffers but resolutely refuses to explain how it spends the money. Tax dollars disappear into a void with no transparency or accountability. …

The zoo would be a beneficiary of Proposition 1’s Park District, which only compounds the taxpayer-provided free lunch, and builds the wall of secrecy higher.

The zoo has three unhappy female elephants in cramped space. … How bad are things at the Woodland Park Zoo for elephants? What does cramped space really mean? One of the poor creatures has suffered from urine burns, scalded by her own waste water.

There are no good arguments against Prop 1 other than “we don’t want to pay higher taxes,” so instead the opposition has resorted to, well, anything.

It’s hard to believe that a campaign over parks funding for chrissakes, could turn into one of the most dishonest and fear-mongering campaigns ever. But don’t be fooled. Vote “Yes” on Prop 1. (And mail in your goddamn ballot!)