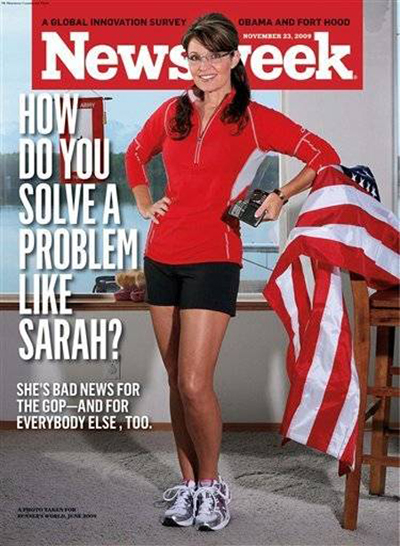 But what I find really inexcusable about the cover is the headline. I mean, honestly, how do you get from “Maria” to “Sarah” to make that pun work? Yeah, sure, both names end in the “ah” sound, but the accent in both is on the second to last syllable. Not only don’t the words rhyme, they don’t even share the same meter, making it impossible to sing the lyric as written.