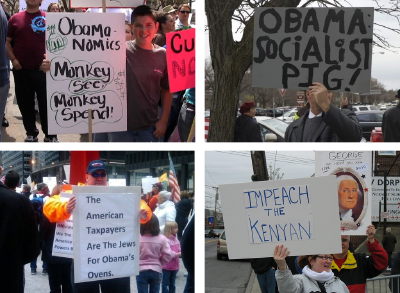 These are just some of the tasteful, thoughtful signs from teabagging parties around the nation.