Danny Westneat has been obsessing over our woeful higher education funding recently, as he should, first with a column pointing out that we would need to expand the number of degrees awarded by 25,000 annually just to keep up with current demand, and now with a column highlighting the utter stupidity of asking our universities to prepare for another 15 percent cut.

Danny’s doing a great job of pointing out the death spiral our state college and university system is facing. But what he hasn’t touched on is the obvious solution: raise taxes.

As you can see in the chart below, the cost of educating each “full time equivalent” student has remained relatively flat over the past 25 years. But as state funding has been slashed, tuition has been hiked to increasingly make up the difference, from about 20 percent of costs in 1960 to about to about 75 percent today. That is a direct shift of costs onto the backs of students and their families, resulting in an explosion of student debt.

To be clear, it’s not the cost of a college education that’s been skyrocketing, it’s the price: 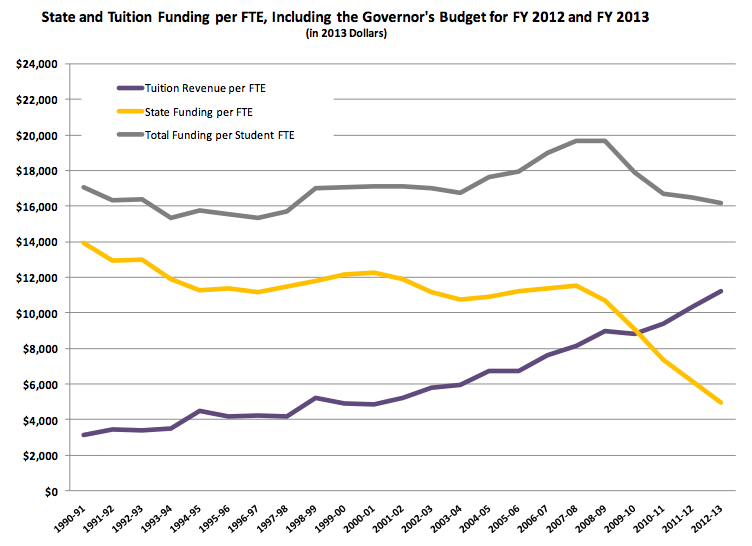 The story of rising tuition is the story declining state funding.

So why have we resorted to this dramatic shift from taxpayer funding to ever-higher tuition? The following chart, tracking state taxes per $1,000 of personal income should give you a clue: 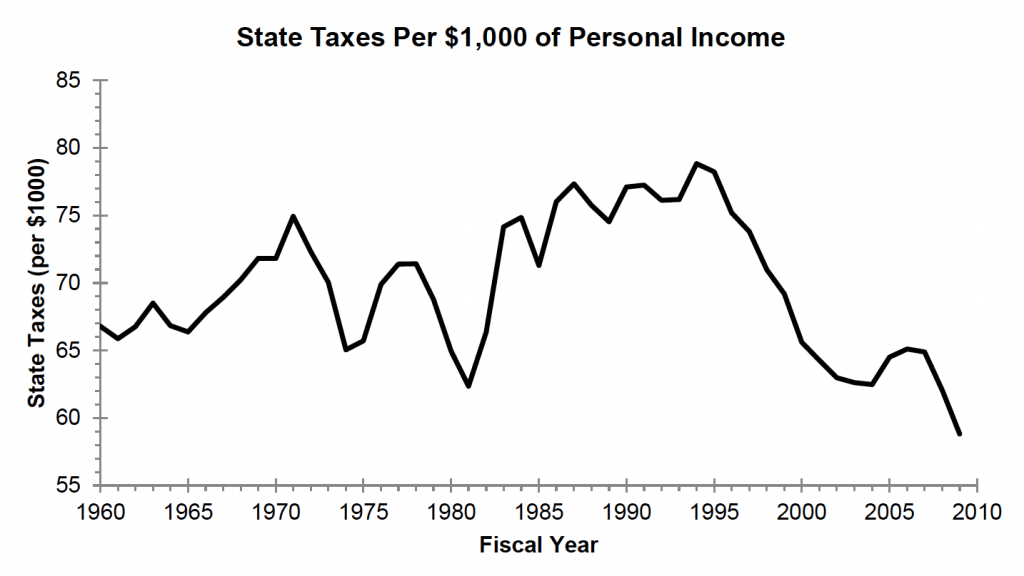 Washington State’s tax burden is at a half-century low.

As you can clearly see, our state’s dramatic decline in higher education funding corresponds directly to a dramatic decline in state tax revenue as a percentage of our overall economy. We can have a conversation about how to spend higher education dollars more efficiently if we want. But the inescapable truth is that we’re simply not spending enough money. And we’re not spending enough money because our state taxes are too low.

No we can’t just throw money at the problem. But part of the problem is a lack of money. And just like with our K-12 schools, we simply cannot adequately address this shortfall without raising taxes.