Well, that was quick. Just a few minutes after the polls closed, NBC called the Michigan Republican primary for Mitt Romney. Of course Michigan, New Hampshire and Iowa are all moot, what with Guiliani’s brilliant Florida strategy about to catapult him back into frontrunner status. 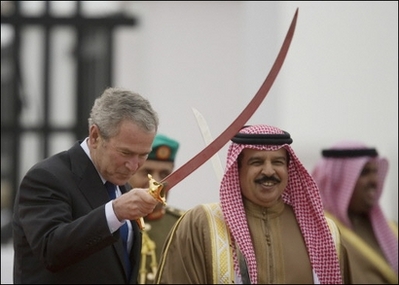 UPDATE:
I’m watching the Nevada Democratic debate right now, and all I can say is… fuck Tim Russert. I mean really, fuck him. He has this great opportunity to ask the three leading Democratic candidates (one of which will likely be the next president of the United States) about important issues facing our nation, and all he wants to do is focus on race and gender in the hope of sparking a cat fight. It ain’t working.

Um… the headline and lede were supposedly updated at 6:12 PM, at which time Romney was leading McCain by 9 percentage points, and projected by all three networks to be the winner.

Not that I’m implying an intentional bias, but narrow lead my ass.