The Seattle Times has twice editorialized in favor of a sham process to placate opponents of the proposed Chihuly “museum,” and that’s exactly what we’re getting at the public hearing tonight at the Seattle Center.

The hearing didn’t start until 6:30 p.m. but Center employees, the arts board member crowd, and other surrogates of the Wrights and Chihully were lined up at 3:30 to sign up for all the speaking slots. An hour into the hearing only one person had spoken against the proposal, and yet according to City Councilmember Sally Bagshaw, emails and phone calls are running 10 to 1 against.

As for me, I’m the 201 person signed in, so I doubt I’ll get the chance to voice my opinion. But I suppose that’s what folks here mean by “process.” 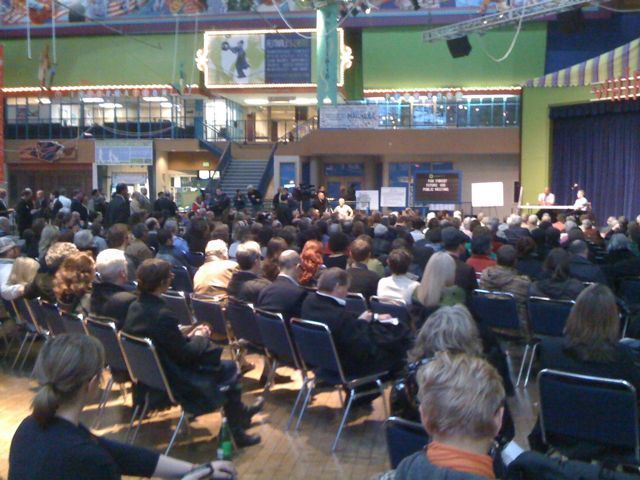