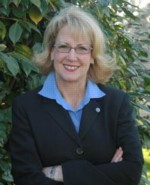 I was at a party over the weekend when somebody asked me if a woman had actually been elected county executive.  I was a little confused by the question, and had to think about it for a moment, but replied yeah, Pat McCarthy had just been elected Pierce County Executive.  Well, that should have been big news, the party guest informed me, wondering why she hadn’t read anything about it in the Seattle and Everett newspapers, as that would make McCarthy the first female county executive in state history.

Actually, it makes McCarthy the second female executive in state history, though the first in Pierce County, and yes, I suppose it should have been bigger news outside of Pierce itself, considering what an exclusive men’s club the executive office has been up until now.  And McCarthy’s exception that proves the rule victory highlights a curious anomaly regarding the gender imbalance in Washington state politics.

While the percentage of women in the state Legislature has fallen in recent years—now standing at only 32%, nearly nine points off the historic high a decade ago—Washington women have had great success running for local and state legislative offices over the past few decades, especially compared to most other states.  Women have yet to achieve electoral parity, but there’s nothing remarkable about a woman running for and winning a seat in the Legislature, or on a local school board, council, or board of commissioners.  And while women have had less success at the Congressional level, both our US Senate seats have been held by women for the past eight years.

But while Washington women have done relatively well running for legislative and judicial offices, at the executive level, not so much.  Sure, there’s a smattering of female mayors throughout the state, but for the most part that has defined the height of the executive branch glass ceiling.  In addition to McCarthy being only the second woman to win a county executive race in state history, Gov. Chris Gregoire is only the second woman to win the governor’s mansion.  In fact, over the past forty years, the period during which women have made their most dramatic electoral gains, only six women have been elected to any of Washington’s nine statewide executive offices:  Gov. Dixy Lee Ray, Gov. Chris Gregoire (also AG), Commissioner of Public Lands Jennifer Belcher, Insurance Commissioner Deborah Senn, and Superintendents of Public Instruction Judith Billings and Terry Bergeson.

And as far as I know, these may have been the only Washington women to win statewide executive office, ever.

I’m not sure why there is such a disparity between the executive and the other two branches when it comes to women winning elected office, I just know that it exists.  And I don’t see many other folks paying attention to it.