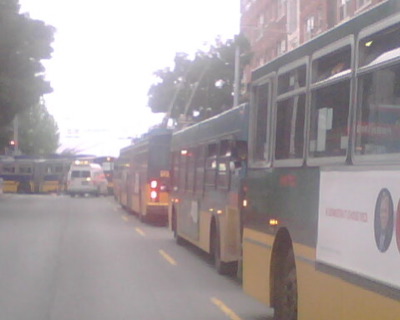 Everytime I hear somebody say “instead of rail, let’s add more buses,” this is the image that pops into my mind: a line of buses snarled after a bus breaks down in an intersection.

This is an Open Thread.