I’m just gonna come right out and say it. 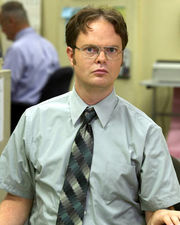 There’s just something about that face I can trust.