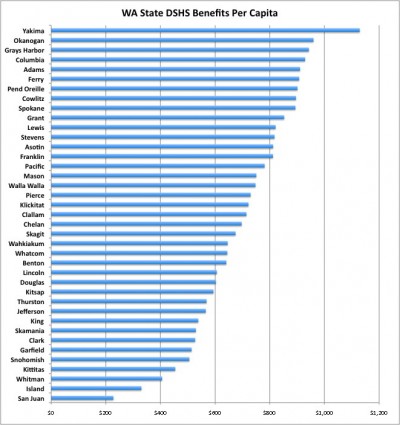 Per capita DSHS benefits by county

I spent much of yesterday with my head buried in spreadsheets. Go see the results over on Slog.