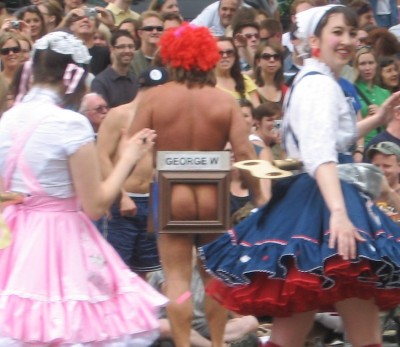 A snapshot a friend took at the Fremont Solstice parade.  I think you can all guess the name over the frame on the flip side.