The view from the Washington state delegation section at the Pepsi Center. 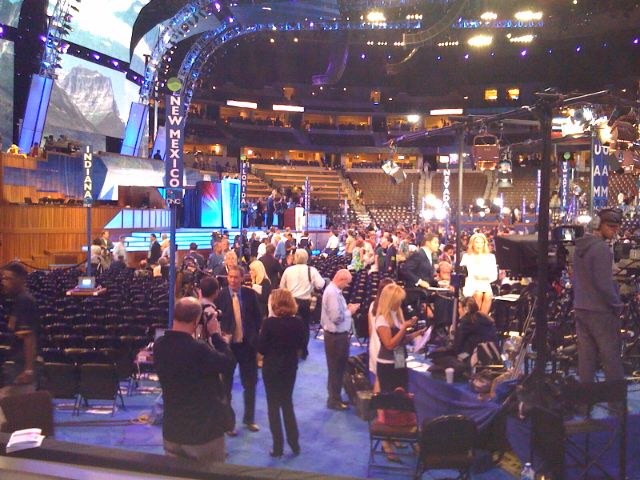