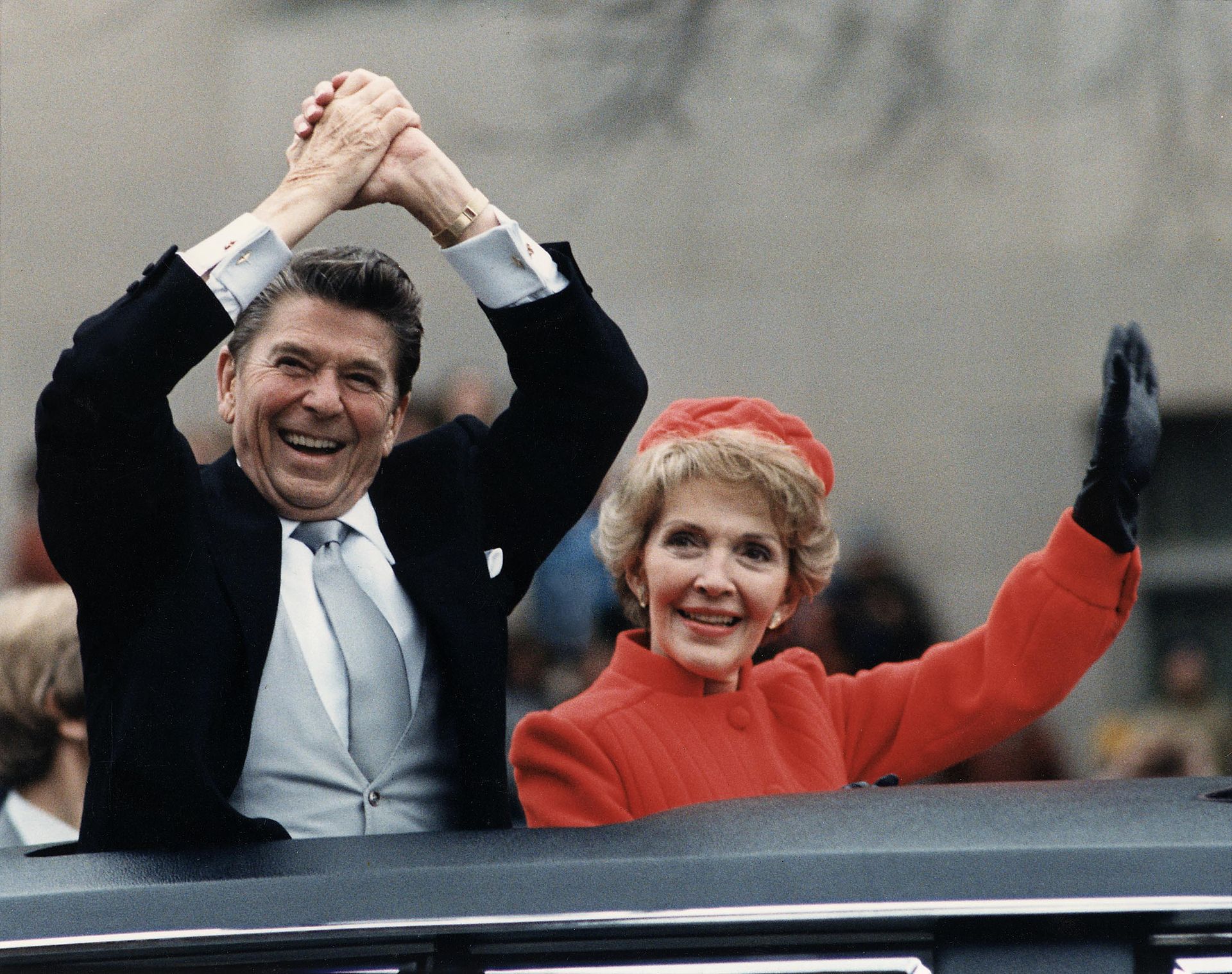 Of course, my sympathies go to the Reagan family on the death of their matriarch, Nancy. But as the national media gears up for another round of fawning eulogies and bullshit mythologizing, I’m reminded of the post I wrote 12 years ago on the death of her husband.

HA was less than a month old at the time, and I had very few readers. Which is a shame, because looking back on it, this was a damn good post. So I’m repeating it below:

I was never a Ronald Reagan supporter, and the benefit of hindsight has not mellowed my opinion of his Presidency. I remain confident that the judgment of history will more closely resemble mine than that of the fawning revisionists who, like the man they endlessly eulogize, seem prone to confusing his movie roles with the role he played in public life.

Thus I never thought Reagan’s death would touch my life so personally, until both PBS stations chose to preempt their morning children’s programming to show coverage of his memorial service.

Some things should stay inviolate: The Bill of Rights… my grandmother’s pinwheel cookie recipe… a seven-year-old’s morning routine.

Even on 9-11 and the days that followed, with the nation transfixed by the tragedy of those terrible attacks, our PBS affiliates wisely shielded our children from the horror, sticking to their familiar schedule of Sagwa and Dragon Tales and other god-awful-boring but thankfully commercial-free fare. Well the rest of us watched and re-watched the clips of planes flying into buildings and towers collapsing like some recurring, national nightmare, my daughter could obliviously munch her Cheerios as she watched for the umpteenth time as Arthur triumphed over his personal nightmare that he forgot his pants.

But not this morning. No, instead of watching Clifford once again help Emily Elizabeth make amends with that bitch Jenna, we found ourselves viewing a flag-draped coffin while somber announcers struggled to pretend that the death of the body of a 93-year-old man was somehow more tragic than the Alzheimer’s disease that years ago robbed him of his mind.

I watched for a few moments, imagining an enormous red dog rampaging through the National Cathedral, crushing dignitaries as he tossed the withered body of a dead president high into the air, like some rawhide chew toy.

But my cartoon fantasy was quickly interrupted by reality. Not the reality of a national media who buys and sells the spin that Ronald Reagan was a great leader simply because he happened to preside over the culmination of the Soviet Union’s decades-long collapse. No, it was the reality of a disgruntled seven-year-old, clearly suspicious that I had somehow conspired with PBS executives to rob her of her precious kid shows.

I slipped a tape into the VCR, and the image of a procession of mourners was quickly replaced by that of dancing cartoon cutlery, which struck me as no less illusory, no less scripted than the caricature of national grief that danced in unison across six local broadcast channels.

Of course I have sympathy for Reagan’s family and friends who watched a terrible disease slowly squeeze the humanity from his once vital body; and I hope these ceremonies can bring them closure.

But their grief is not my grief. And it certainly shouldn’t have been imposed on a seven-year-old girl who asked little from the world that morning, but a bowl of Cheerios and a brief diversion of talking dogs and dragons, before trudging off to a hard day of first grade.

As parents, we often try to protect our children from the realities of our adult world… a world where towers crumble and planes fall from the sky and the most powerful nation in history can crush another in retribution, on the whims of a single, ordinary man.

Yes, even presidents are ordinary men (some, more ordinary than others.) For all the eulogizing of our week-long national shiva, I think my daughter summed up Reagan’s legacy best, when staring briefly at his flag-draped coffin she eloquently pointed out: “There’s a dead person in there.”

Ronald Reagan is dead. And now back to our regularly scheduled programming.