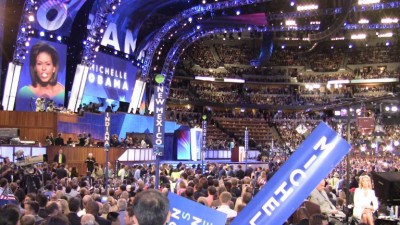 It was a pretty raucous crowd tonight as Michelle Obama took the floor, and once again, if there was any disunity in the house, it was damn hard to see it.  I’ve got some video, but I haven’t even had a chance to view it, let alone edit some clips.

More in the morning, after I’ve had some time to digest the day’s events.