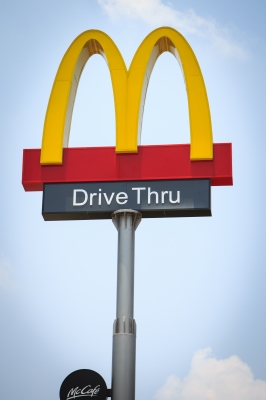 Last fall I walked into the McDonald’s on Madison Street in Seattle to order myself a metaphor. The point was to demonstrate how incredibly cheap fast food is by historical standards, and how little impact a $15 an hour minimum wage would really have on fast food prices.

I estimated that even if the entire cost of raising the minimum wage to $15 was passed on to consumers (and it wouldn’t be), menu prices would rise by only 20 percent, tops. Probably closer to 16 percent. Maybe as little as 10 percent.

And considering that, adjusted for inflation, the same 15 cents that bought you a McDonald’s hamburger back in 1948 buys you a $1.49 double cheeseburger today, it’s hard to argue that consumers can’t afford to pay a little bit more for their burgers.

Friday I walked into that exact same McDonald’s and paid $1.69 for the exact same double cheeseburger, a 13.5 percent price hike in less than six months. And yet for all the warnings from the industry that higher prices would drive away customers, it was business as usual at the Madison Street McDonald’s.

The fact is, restaurants and other businesses implement price hikes like these all the time, for various reasons, and nobody notices! In the worst case scenario for franchise owners under the proposed minimum wage ordinance, their labor costs would rise by no more than 18 percent a year over three years, before being indexed to inflation. But labor only accounts for a third of their costs. Pass all of that along to consumers (and again, they won’t), and you are looking at just a 6 percent annual price hike—less than half the rise in double cheeseburger prices just since December.

To put that in perspective—using the industry’s same minimum-wage-hikes-equals-higher-prices math in reverse—if all of the gains from a 13.5 percent price hike were passed on to employees in the form of higher wages, Madison Street McDonald’s workers would be making about $13.35 an hour today! Just from charging the equivalent of 20 cents more for a double cheeseburger! A price hike that customers apparently accepted with a shrug, if they noticed at all!

So let’s not pretend that fast food franchisees can’t afford to cover the cost of raising the minimum wage to $15 over three years, when they routinely pass on to consumers similar cost increases all the time.