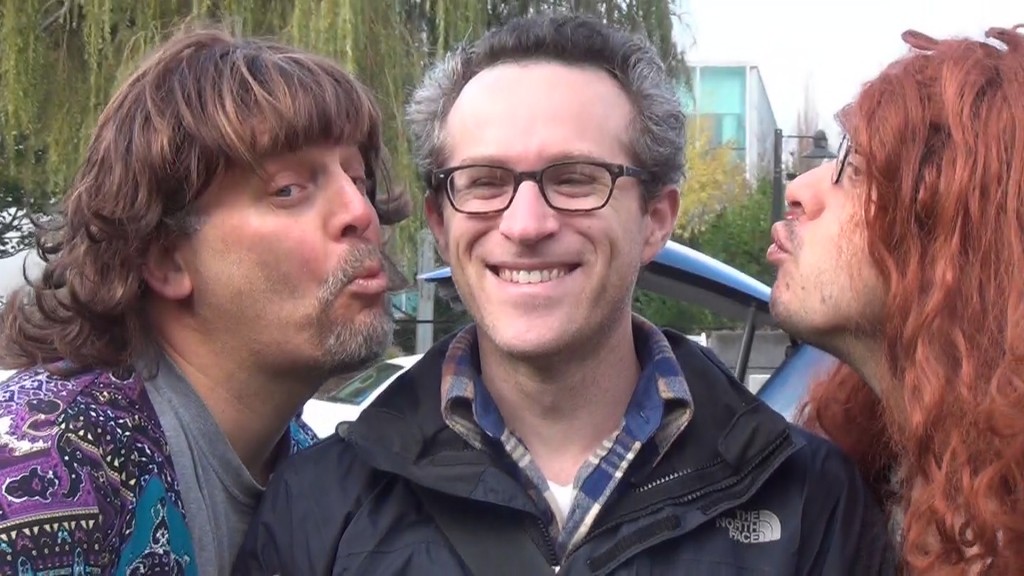 Me, Eli, and Dom, back during the golden age of Stranger journalism.

So, after six years on staff, Dom has left The Stranger to spend more time with his family or something. Good for him. Unlike me, at least he got to walk out on his own two feet instead of being carted off the premises in the trunk of a Cadillac DTS and unceremoniously dumped in the Meadowlands.

But Dom’s sudden departure has people asking questions. In a span of only nine months, first Cienna, then me, now Dom have all been scrubbed from the paper’s masthead. Of The Stranger’s four-person Pulitzer prize-winning news team, only Eli remains.

Eli (left) has finally purged The Stranger of his rivals.

Now that the Great Purge is complete, the truth can be told: The Stranger’s news department has been reshaped by a brutal internal power struggle, engineered by the Machiavellian mastermind that is Eli Sanders—or, “the Butcher of Barca” as he’s fearfully known in the office. Don’t let his mild-mannered demeanor fool you; it’s all an act. The man is vicious. You should see what he did to his boyfriend—nearly ripped the poor guy’s arms off!

Eli is a monster. And now he’s ruling The Stranger news department with an iron fist. Just like he long plotted.

So beware, Anna and Ansel: the warm embrace of Eli’s carefully crafted cult of personality can be intoxicating. But dare challenge his boundless ambition and you too could soon find yourself stumbling through the muck of a New Jersey swamp, desperately trying to pluck an ice pick from your back.

UPDATE: Honestly, folks, get a sense of humor. It was joke. Really. Eli Sanders is the kindest, bravest, warmest, most wonderful human being I’ve ever known in my life.

* I double-checked my sources: Eli does not have a single ruth.