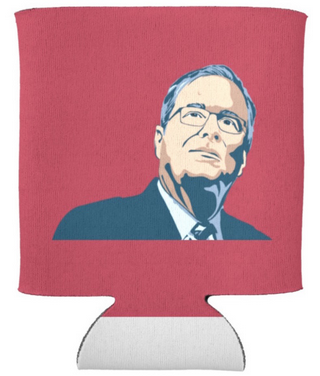 Hello! My name is Paul Constant and I am currently the lowest possible form of life in the 21st century: a “content creator” without a “platform.” My old/new coworker Goldy was kind enough to loan me the keys to this blog (Horse Sass? Fun name! Is this blog about bronies?) until Nicktopia launches its own internet clubhouse. Thank you in advance for putting up with me.

So. Jeb Bush. A . Or rather, I mean, a man who’s passionate about transforming America into . No, wait. What’s his schtick? I’m a little rusty at this…oh, yeah! He’s all about the Right to Rise. And what does that mean, again? It means Jeb Bush really wants us to know that he cares about income inequality. Because he’s supposedly the smart Bush, you see, and he knows that income inequality will be a defining factor in the 2016 presidential elections. Of course, all of the ideas Bush has floated as the solution to income inequality so far have been the same old Republican tropes wrapped up in a shiny new package. Could anyone seriously believe that cutting corporate regulations will somehow provide poor people with higher wages? Does even Jeb Bush believe this bullshit? It’s doubtful.

But this is pretty standard Republican boilerplate. Since Ronald Reagan first bestowed trickle down economics upon an unwitting nation, Republicans have been contorting the same three ideas—fuck you, pay me, and fuck those other guys, too—into an endless variation of gimmicks that always result in “less government, more business.” The vexing thing about trickle down economics as an idea is that it’s proven to be very flexible. Consider the fact that “job creators” became a major issue in the 2012 election. That’s just trickle down economics, repackaged into a Romney-friendly phrase. “You didn’t build that” as a Republican National Convention theme? That’s trickle down. So Bush’s goal this time around is to somehow repackage trickle down into a theory that supposedly fixes income inequality. It’s going to be tough going.

So yesterday, Politico‘s Jennifer Haberkorn published a piece recounting Jeb Bush’s thoughts on the Affordable Care Act. Unsurprisingly, Bush calls Obamacare a “monstrosity.” This is not a surprise; Republicans have been beating their thesauri into coughing up synonyms for “Nazism” ever since the Affordable Care Act was first proposed. But the next thing Jeb Bush says–remember, he’s supposedly the smart one in his family–is un-fucking-believable. Get a load of this:

“The effort by the state, by the government, ought to be to try to create catastrophic coverage, where there is relief for families in our country, where if you have a hardship that goes way beyond your means of paying for it, the government is there or an entity is there to help you deal with that,” Bush said in Iowa last weekend. “The rest of it ought to be shifted back where individuals are empowered to make more decisions themselves.”

Whu-huh? Excuse me? There’s so much to unpack in this statement that I’m not even sure where to begin. First of all, I guess, let’s be clear that catastrophic coverage for the poor is exactly the health care system we had before Obamacare passed. Health care for poor people meant that they only went to the emergency room when they absolutely had to, when their health became a matter of life and death, and then they had to skip out on the bills because they couldn’t afford them. This made everyone’s bills higher. So to formalize catastrophic care into the standard health care for America’s poorest citizens would mean we’d be denying a huge percentage of the population access to preventative care, to basic check-ups, to screenings and vaccinations and all the medical care that every single American should be allowed to enjoy.

The questions keep hurtling into my head faster than I can process them. Does Bush think he’ll actually be able to sell this idea—and it’s frankly charitable to even call it an “idea”—to the American voting public? Can trickle down survive this adaptation into the medical arena? Is America ready for a health care system as horrifically imbalanced in favor of the wealthy as our economic system is? Does Bush really expect poor people to swallow this? Is his message of hope for the poor people of America really going to be “you’re only allowed to visit a doctor on the single worst day of your life?”