I’m on the field at Invesco field, but have no power, no Internet, and an overwhelmed cell phone network that keeps dropping in and out, but I’ll post as best I can… which possibly might be not at all. We’ll see.

FYI, as a sure thing for Obama, Washington did not get a great location–way in the back, audience left. But at least it’s not as bad blood red state Wyoming, sitting right behind us.

Oh to be a swing state. 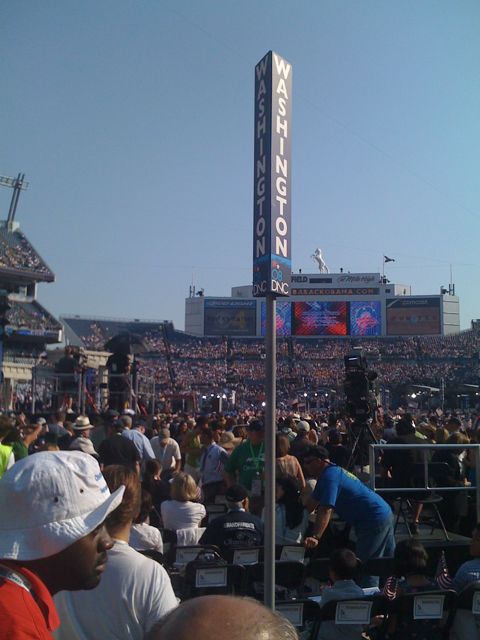