The delegates here may love Hillary Clinton, but her husband Bill just got the biggest reception of the convention. By far. 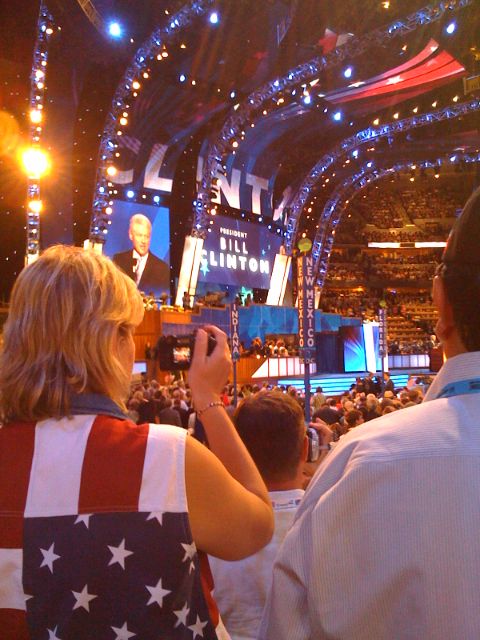