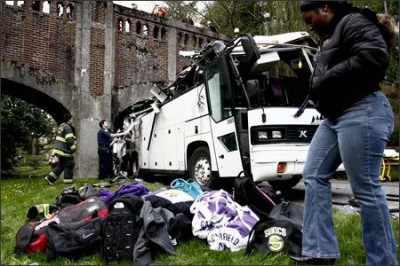 Honestly, this never would happen on light rail.