With the presidential candidates jetting around the nation today putting their final campaign touches on the Super Duper Tuesday, I thought “Jet City” voters might be interested in their transportation choices. Mitt Romney was spotted flying around the south on a Boeing 737-400 yesterday, both Barack Obama and Hillary Clinton have chartered ATA Boeing 737-800s… and then there’s the familiar Ron Paul Blimp.

And what about that great American patriot, John McCain? He’s flying a French-built Airbus A320. 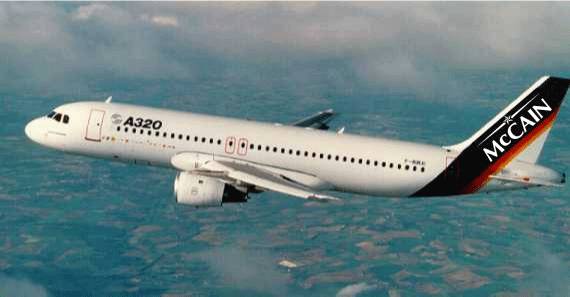