On my way home this evening, I came across a pick-up truck parked on the street in Redmond, towing this trailer: 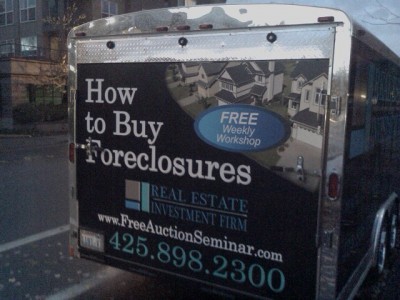 Without even thinking about, I started glancing around for evidence of a Dino Rossi campaign event….