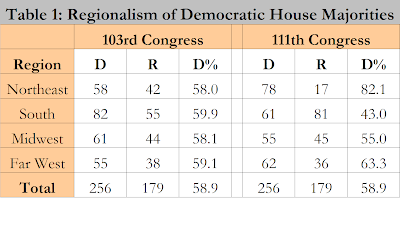 It seems hard to fathom that only 16 years ago the South had a higher percentage of Democrats than the Northeast.

– I’ve started watching the recent National Geographic series on the drug war, Drugs Inc. The first episode was about cocaine. It’s a timely topic since this week marks the 10th anniversary of the launch of Plan Colombia. The Drug War Chronicle discusses the successes and failures of our attempts to stop the flow of cocaine from Colombia. We’ve managed to weaken organizations like FARC that have long profited from the trade, but the overall amount of cocaine coming from that part of the world remains unchanged.

– Mike Konczal points out the inherent contradiction between the Broken Windows philosophy and the libertarian view on marijuana laws.

– Someone posted Mr. Cynical’s old schoolwork on the web.