It seems to have worked out just perfectly that my first year in France is an American election year. I came with the intention to understand the culture of France and advance my level of French but what has been the most interesting part is learning about French culture and simultaneously critiquing and comparing it with our own systems in the States.

One thing that has really stood out is the interest that France takes in American politics. Whereas in the United States, we tend to take little to no interest in international politics unless we feel threatened by someone who came into power. And even then, it’s usually only the most politically informed who seem to know about international politics with any sort of depth. I’m sure we could all take a lesson from that, because we aren’t the only one’s living on this planet.

Another plus, not only do the French seem more often politically and internationally informed, according to a recent study done by BBC, France is the country with the highest support for Obama. However, by living here, that fact is pretty clear.

An easy way to depict this is by showing some of the numerous magazines that feature articles about the upcoming election.

Here are a few examples that I love: 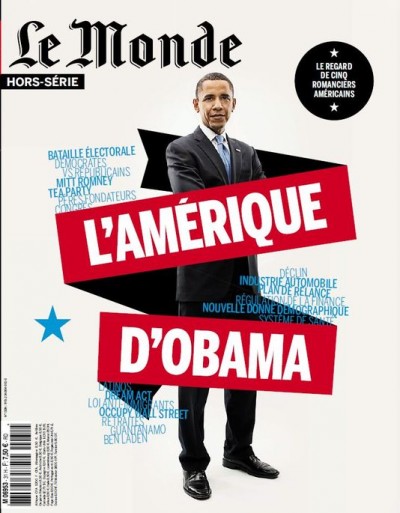 “Obama’s America”; the cover of the most well known magazine series in France. They published this magazine with a full, detailed description of current state of the United States and the context and implications of this in the upcoming election. 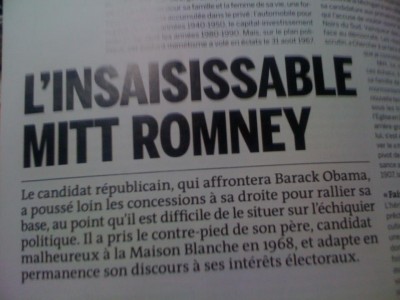 This is one of the articles in the same magazine that reads, “The Elusive Mitt Romey.” 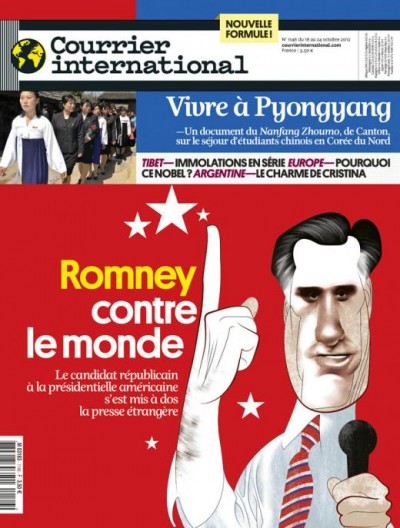 Another magazine cover that reads, “Romney Against The World.” Sadly, a large portion of Americans can’t seem to see that… 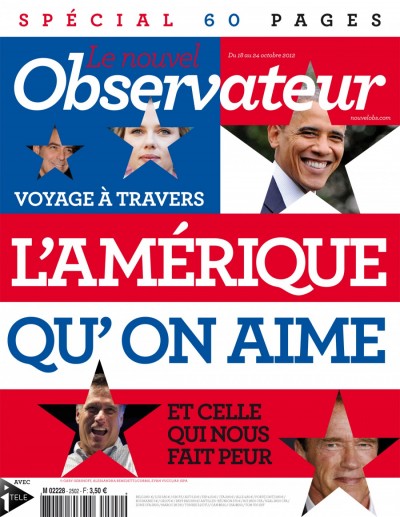 After posting a few of these photos on my facebook page, an American friend of mine living in Nantes as well cleverly stated, “France loves to hate Romney, and I love France.” Which in my opinion pretty well sums it up.