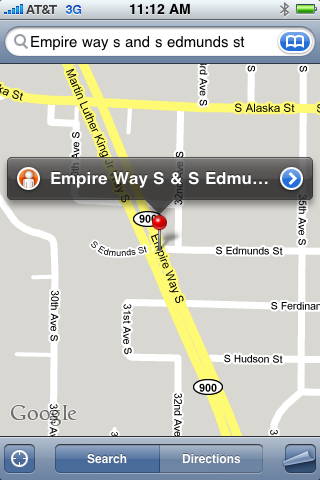 Folks are poking fun at mayoral candidate Mike McGinn for a press release giving the address of the Columbia City light rail station as Empire Way S and S Edmunds St., pointing out that Empire Way was renamed Martin Luther King Jr. Way after a contentious battle back in 1983.

But I just checked the trusty Map app on my iPhone and it insists that MLK Jr. Way only runs southbound, while the northbound lanes are correctly called Empire Way… and since Google surely would have fixed their maps had they been given two-and-a-half years notice, I can only assume that the Google is right, and everybody else is wrong.