If the cream rises to the top, then the Seattle City Council is the political equivalent of a nonfat, decaf cappuccino: there ain’t nothin’ on top but foam. In fact, the choices this cycle are so unsatisfying that if some of the candidates were running unopposed I’d still have a tough time making a decision. Still, there’s one race where the choice seems clear.

On the one hand we have council wallflower/campaign warmonger David Della, who City Hall observers assure me, really is the incumbent. My handful of brief conversations with Della don’t quite give me a fair basis for concluding, as the The Stranger has, that he “simply isn’t intellectually fit to be on the council”… but then, they don’t give me much to refute the assertion either. I’m no fan of the Sierra Club right now, but accusing the environmental community of being a bunch of racists…? I’ve known mildly autistic people with better political instincts. Really.

Then on the other hand, we have Tim Burgess, a man who has spent the better part of a decade writing fundraising letters for anti-gay, anti-woman, right-wing hate groups… letters that equated homosexuality with pedophilia and emergency contraception with abortion, and that accused the National Education Association of seeking to turn our public schools into gay propaganda and recruitment camps. Really. Sure, he says his positions have evolved… since 2005… but I can’t help but think he thinks we’re all stupid. No doubt he’d bring a great deal more competency to the council than Della — a great, great, great, great deal more competency, I imagine — but competency in the service of an agenda I do not trust, I can do without.

That’s why I’m unreservedly casting my ballot for Heidi Wills. 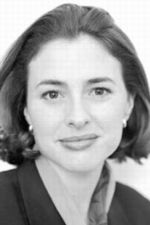 Wills was a promising young councilmember on the fast track to bigger and better things, when our mind-fuckingly puritanical media crucified her on a demi-scandal of no great significance, before Della and his political hatchet-man swooped in with their mean-spirited and misleading “Rate-Hike Heidi” campaign. It’s amazing what one can accomplish with a little alliteration.

So for all you assholes complaining about your choices this cycle, but who bought into that crap four years ago (or, who like the Seattle Times, just seem to hate the notion of young women in politics,) I’ve got a simple seven-word, bumper sticker response: “Don’t blame me, I voted for Heidi.”

Generally, I don’t recommend throwing away a vote under any circumstances, but perhaps if enough people write-in Heidi or the person of their choice, it might send a message that Seattle voters have a hunger for candidates who are both qualified and clearly represent their values. Perhaps then, four years from now, we might get a field of challengers we can vote for without sticking our fingers down our throats afterwards.

(Or, if you can’t do that, vote for Della. He’ll be the easier one to beat in four years.)