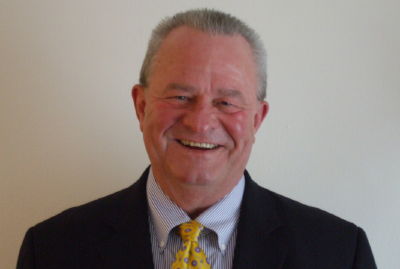 Republican challenger Ernest Huber says incumbent Rep. Dave Reichert "has sold us out and has disqualified himself for office."

Looks like Rep. Dave Reichert has drawn himself a teabagger challenger, and he appears to be a doozy.

Ernest Huber, with 21 years of service to his name in the United States Army, Air Force and Navy (what… he couldn’t hack the Marines?) has now officially filed with both the SOS and the FEC, and has some pretty harsh words for the incumbent:

Reichert has sold us out and has disqualified himself for office.

In 1997, King County Executive Ron Sims, a Progressive, appointed his friend Dave Reichert as King County sheriff.  Sims and Reichert endorsed each other in 1997 and 2001.  In 2004, Reichert was elected as a Republican to Congress from the Eastside’s 8th Congressional District.  He has voted against our party in Congress hundreds of times, and has had no bills enacted.  He’s a follower, not a leader.  Reichert has been called a RINO, but he is much worse.  His ideology is “moderate” Progressivism.  Our district is not Progressive.  He does not represent us. Reichert has to go.

Reichert’s sole job is on the corrupt Progressive Charlie Rangel’s House Ways and Means Committee.  It oversees borrowing by the Treasury Department’s Bureau of the Public Debt from the private Federal Reserve bank.  It allocates money, then writes the nation’s tax bills and raises revenue to pay for the debt.  This Committee is a cesspool of pork, earmarks, lobbyists, and bankers.  Reichert is also on its Oversight Subcommittee, which theoretically investigates wrongdoing by Obama’s administration. Remember that as you read the following samples of his voting record, because Reichert is an insider who knows exactly what he’s doing to us, our district, and our nation.  This is cold-blooded betrayal.

And Huber only gets more strident from there, as he launches into a 9,000 word “Conservative Manifesto” that includes such teabagger staples as repealing health care reform, eliminating both the IRS and the Federal Reserve, closing off the Mexican border and deporting all “invaders,” and immediately deposing the “radical communist” Obama:

After his election, Obama and his followers began incrementally overthrowing our government and installing a dictatorship. They must be immediately arrested and jailed by whatever means necessary. Impeachment can come later.

Now that’s the kinda plain spoken patriotism that makes one proud to be an American, and if our local Tea Partiers have any integrity or balls, you’d think they’d rally to Huber’s support, rather than sheepishly collude with a RINO who appeases environmentalists (or “Leninists,” as Huber calls them) and votes Yes on “Soviet-style” cap and trade.

But of course, our Tea Partiers don’t have integrity or balls — they’re just pawns of the usual corporatist suspects — so don’t expect Reichert to spend much time looking over his shoulder to the right this cycle, as he instead tries to patch up his moderate image after the embarrassing leaked audio fiasco.