The state Senate Democrats released a compilation of the bills that died in committee yesterday, a sepulchral list with topics ranging from the too good to be true, like civil marriage and electric car tax breaks, to the cringe-inducing. 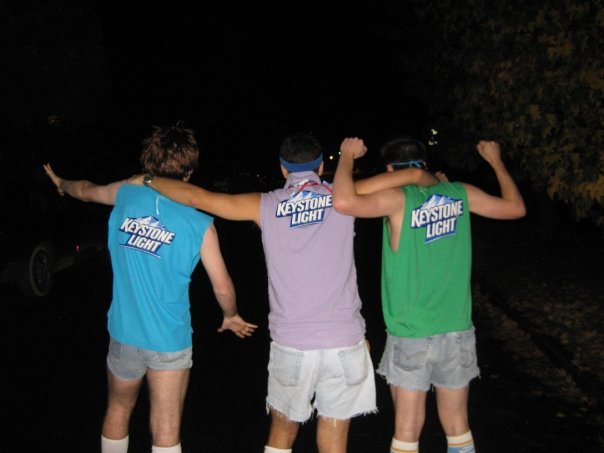 Josh at Publicola has the full list of thwarted bills, and a slightly more appropriate cutoffs picture.

Included in the list of killed bills are dozens of would-be laws that casual observers might call non-essential, but which clearly held some importance to a little-known constituency or some ill-funded interest group.

More importantly, the list speaks volumes about the legislative consciences of the two parties, and some of its particular members.

Aside from a few non-sequiturs, cutoff bills tend to be those that reach a little too far. In other words, they represent what the party activists really want.

Here is where the Democrats ran afoul of themselves.

Sen. Ed Murray’s (D-Seattle) SB 5674 would have recognized the right of all citizens to obtain civil marriage licenses, and had his SB 5476 not been cut off, Washington would have joined 14 other states (including progressive hotbeds like Iowa, West Virginia, Alaska and North Dakota) in abolishing the death penalty.

The Dems also apparently reached too far with one of the most intriguing (and risky) aspects of the Senate Dems’ green energy package, SB 5418, which was Sen. Fred Jarrett’s bit about providing tax breaks for companies who installed electric car charging stations in their parking lots, and would have directed state agencies to install them as part of a move to become full electric and bio-fueled by 2016.

And others border on the nanny state, like Sen. Rodney Tom’s SB5857, which tried to ban artificial trans fats from restaurants with local permits. But hey, it’s the thought that counts.

And then you’ve got the dead Republican bills.

SB 5362, brought by Sen. Linda Evans Parlette (R-Wenatchee) who hails from the state’s most conservative legislative district, would have suspended the component that currently requires our state’s minimum wage be tied to a Consumer Price Index and required it to stay at $8.55 per hour until further notice.

Val Stevens (R-Lake Stevens), against whom the Democrats poured a lot of money this past fall in the guise of disgraced Sultan Police Chief Fred Walser’s candidacy, put forth a bill that would prevent the Legislature from working on any problems not directly related to balancing the budget.

Because, you know, who needs forward thinking?

Stevens also proposed a WASL-worshiping bill that would have require school districts to pay for remedial education for students who graduate from their school but still move on to college.

Saving the best for last, Sen. Janea Holmquist (R-Moses Lake), wanted the state Senate to officially petition President Obama and others to reverse the 2005 9th Circuit Court’s ruling that stated that requiring children to say “under God” in the pledge of allegiance is unconstitutional.

Besides the general party flavor, cutoff day also gives us a chance to see which Senators suffer from Allen Iverson syndrome, whereby, no matter how successful they might be otherwise, they still heave up a bunch of forehead slappers.

Long-serving Sen. Ken Jacobsen (D-North Seattle), who is both prolific and Quixotic in his legislative writing, led the way with seven failed bills.

Jacobsen’s bills touched on important, if slightly errant, topics like reinstating WWU’s football team, labeling cloned animals sold as food, limiting bank fees, allowing dogs in bars and coffee shops, creating an airline passenger’s bill of rights and creating a fund for local students heading to historically black colleges. Another, SB 5128, would increase the driving age for ORVs from 13 to 18 and designate some state money to look into the costs of ORV usage.

Runner up to Jacobsen in the failed bill department is Sen. Mike “Law & Order” Carrell (R-Lakewood), who represents the swinging 28th District that covers portions of Tacoma, Lakewood and the area west of the South Puget Sound’s major military posts, Fort Lewis and McChord Air Force Base, and aside from Carrell has elected two Democratic State Representatives.

He had five bills miss the cut, and based on their content, it really causes one to wonder how this guy continues to be re-elected in a light blue district.

His SB 5213 would have required people who register to vote to provide proof of citizenship, and his SB 5217 wanted to make sure that no money was spent on art in state prisons, just in case someone was thinking about committing a crime but then before pulling the trigger thought, “a ten-year prison sentence on McNeil Island without the possibility of looking at a Rembrandt, or even a Betty Mears, is just too much to bear!”

He also wanted to increase sentences for criminals who wear body armor, and require the state to build and maintain monuments outside all military bases in the state. Sir, yes sir.

Anyway those are the laws that the legislature definitely won’t be passing this session. As for what will come through the hatch, we’ve got two more exciting months to find out.