It’s not expected: The Stranger is voting “no” on Prop 1. Why?

For roads, this package is the last gasp. No one in his right mind looks at the environmental realities we’re currently facing and says, “Let’s build hundreds of miles of new roads!”

I don’t think most voters consider “environmental realities” when voting on things. People think mostly about things they think affect them directly. Things like the length of time they have to be in their cars between their job in Seattle and their house in Federal Way. That’s why expanding light rail outside of Seattle makes so much sense. Deliver dependable, speedy transit to the places that don’t have it and you will change things for the better.

But not so says The Stranger:

The light rail in this proposal would be paid for with a regressive sales tax instead of user fees (like tolls). The line itself (through a low-density area) may feed sprawl in south King County, instead of promoting the dense urban development that will grow alongside light rail stations in North Seattle. 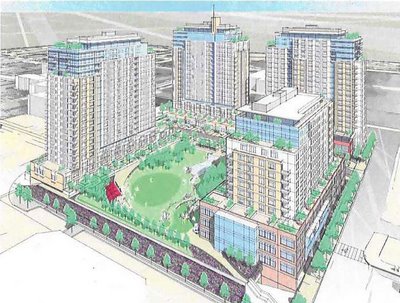 The city of Federal Way is remaking it’s downtown. They are turning parking lots into housing and shops and parks. They are doing everything Erica C. Barnett and Josh Feit would have them do, yet The Stranger tells them to “fuck off,” and that they don’t deserve light rail.

If we’re trying to convince people to embrace density, urbanism, and transit, wouldn’t it make sense to bring all of these things to the people who don’t have them?

The line itself (through a low-density area) may feed sprawl in south King County, instead of promoting the dense urban development that will grow alongside light rail stations in North Seattle.

First, Federal Way is inside the urban growth boundary. That’s where growth is supposed to happen! Second, does transit really create sprawl? Of course not, (unless your name is Knute Berger, in which case transit creates “vertical sprawl,” which is not even a thing). Light rail creates density. That’s the whole point! You put light rail where you want people to live or work! That’s why Ron Sims fought so hard to put light rail down MLK and not Rainier Avenue South. (You are forgiven if you don’t remember that, some years ago, Ron Sims was a die hard champion of light rail.)

I do respect some of the people who are against Roads and Transit. But to play the “useful idiot” for Kemper Freeman Jr. by killing our first chance in 40 years to create a regional mass transit system, that’s too much.