Last week’s contest was won by milwhcky. It was in Pittsburgh.

This week is normally a TV show or a movie, but since I don’t watch a whole lot of TV shows and movies, I’ve managed to run pretty thin on ideas. Instead, I want to try out something new. Google maps has started to integrate their own low-level views into their maps (I’m guessing they’ll get sued by Microsoft if they call them “Bird’s Eye Views”). I’ve been checking them out and despite having less coverage, they have better picture quality and they’ve got a few far-flung places that Microsoft doesn’t have yet. When I started doing these, I really hoped that it wouldn’t be too long before much more of the world had these maps, but there hasn’t been a lot of updating recently. And I’m starting to think that Google may get there faster.

So let’s consider this one a trial run. The view below is from the Google Maps page, which is also linked from the picture itself, good luck! 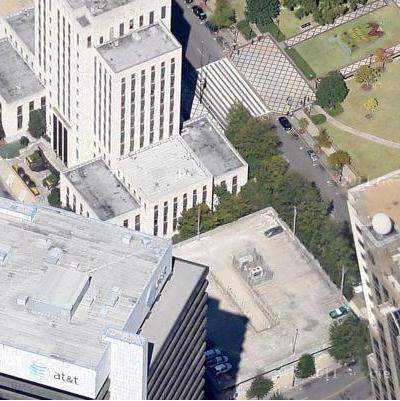