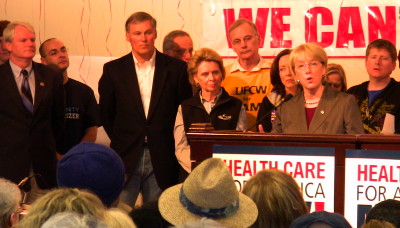 Hundreds of supporters gathered today to celebrate and defend health care reform, though I doubt the Seattle Times will bother to report on it, as it’s not like two governors, two U.S. Senators, and two U.S. Representatives were there or anything.

Now if there had been some angry handmade signs or something, now that would’ve been news.