HA is an aggressively partisan liberal blog. I’m more than willing to fling muck at the other side, and I’m not above spinning the issues to make my points. But one thing I will not do is knowingly lie.

Why? Well, first of all, because it’s wrong. But just as important, it’s ultimately counterproductive, for if I’m ever caught in a lie it will utterly destroy the credibility I’ve worked hard to build up over the past few years.

Take for example California State Assemblyman Howard Kaloogian, a Republican running for the 50th Congressional District near San Diego. He recently posted the following picture and description on his campaign website: 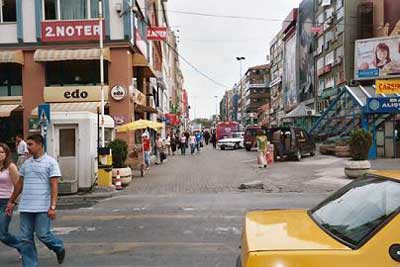 “We took this photo of downtown Baghdad while we were in Iraq. Iraq (including Baghdad) is much more calm and stable than what many people believe it to be. But, each day the news media finds any violence occurring in the country and screams and shouts about it – in part because many journalists are opposed to the U.S. effort to fight terrorism.”

Hmm. Over on Daily Kos the picture struck diarist AnthonyLA as kind of odd… all the signs are in Roman script, couples are holding hands, and people are dressed in Western clothes.

Well as it turns out, Kaloogian lied. Kaloogian could not possibly have taken the picture in downtown Baghdad, because it’s actually a picture of the Bakirkoy suburb of Istanbul. (That’s in Turkey.) 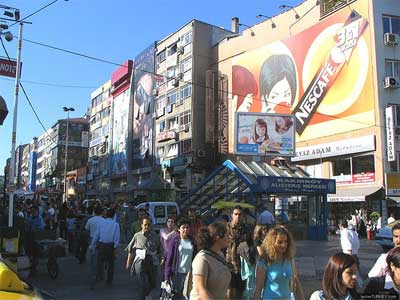 Kaloogian claims he took his picture during a 10-day trip to Iraq he ironically dubbed the “‘Voices of Soldiers’ Truth Tour.” If this is what Republicans like him mean when they talk about the “truth,” then our nation clearly can’t afford to have them maintain control of Congress.