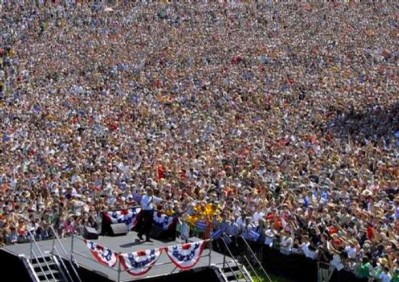 An estimated 75,000 rallied to hear Barack Obama speak in Portland today, just days before the Oregon primary.  Blue Oregon has video of the massive rally that gives a good feel for the size of the crowd.